We at Lodestone, train leaders to be READY and WORTHY of the leadership they are called to serve. 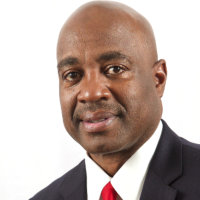 Captain Ronald Johnson is Owner and Founder of Lodestone Solutions Group, LLC a Leadership training and consulting company. Just like the mineral lodestone, our leadership solutions are based on the weight of our moral compasses.

Captain Ronald S. Johnson joined the Missouri State Highway Patrol on July 1, 1987. On August 14, 2014, Governor Jay Nixon appointed Captain Johnson to lead protest security in Ferguson, Missouri, following the fatal police shooting of Michael Brown, Jr. The rest of Captain Ron Johnson’s story in 2014 is well written in the public domain. He authored a book however titled: 13 days in Ferguson, published by Tyndale House Publishers, Inc. in 2018 to tell his story, in his own words.

In June of 2017, the Missouri Highway Patrol Created the Office of Community Engagement and Outreach. The new office was created to focus on cultivating and enhancing partnerships with Missourians, community groups, and organizations across the state that may not frequently interact with the Patrol. As Director, Captain Johnson’s mission involved being a facilitator to engage community members and professionals in developing solutions for challenging social issues.

Captain Johnson was born and raised in St. Louis, Missouri. He holds a criminal justice degree, is a graduate of Northwestern University Traffic Institute of Police Staff and Command, and a 2014 graduate of the National Federal Bureau of Investigation Academy. He is certified in police instruction and the development/implementation of Assessment Center exercises formatted for command level staff officers. He has served on various committees/boards within the Patrol and Community.

He is pleased to serve as Chief Operating Officer for Lodestone, LLC. 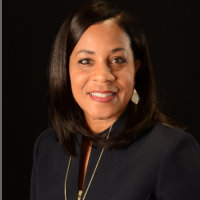 A native of St. Louis, Lori Johnson has over 25 years’ experience in Business, Marketing, and Leadership Development. After transitioning from Corporate America to Entrepreneurship, Lori established a Business Consulting firm to mentor and develop entrepreneurs on how best to create solid business and marketing practices while preparing to obtain and prepare for proper business certifications. In 2012, Lori established a Home Health Care Agency, serving still today as Founder and Owner.

Lori has a proven track record of leadership success in both Corporate America where she consistently exceeded sales and marketing goals, winning annual awards and numerous accolades making her highly marketable in the Pharmaceutical and Medical Device industry for many years. In private business, where she maintains the role of Chairperson, overseeing her own self-sustaining business, Lori continues to facilitate leadership retreats successfully for clients in corporate, government, State agencies and now, Lodestone, LLC.

Lori earned her Bachelor of Science Degree in Business Administration at the University of Missouri St. Louis. 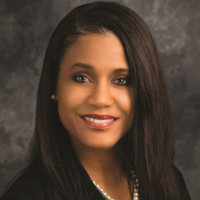 Ms. Julie Hickman has over 25 years of experience serving in corporate Human Resources and Training & Development. Ms. Hickman is a former Fortune 500 Training Manager experienced in corporate human resources, organizational change, mentoring, and executive-level leadership. In that capacity, she managed a staff of HR Training Consultants and was responsible for overseeing multi-million-dollar budgets for staff development, curriculum development and managerial training for over several thousands of corporate employees annually.

Ms. Hickman served as one of a few hundred national Certified Master Trainers of Managing Workplace Conflict by the internationally acclaimed, former Mediation Training Institute International. She successfully mediates organizational conflict between individuals and teams and is an experienced instructor having taught and certified others to instruct a variety of management and professional development related programs. She and her team of instructors are well-known for hosting high energy, professionally facilitated workshops, and speaking engagements.

Ms. Hickman is a 1999 Kansas City recipient of the SCLC Black Achiever Award for Excellence in Business and Industry.  Some of her certifications include Instructional Design by Darryl L. Sink & Associates, Inc., Advanced Facilitation Skills by PDS, Inc. in Clearwater, Florida, and Information Mapping for Procedures, Policies, and Documentation by Information Mapping, Inc in Waltham, Massachusetts. 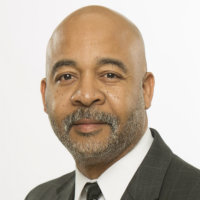 Mr. DeWayne Hickman is a results-oriented executive with over 20 years of varied experiences serving as Corporate IT Director and Senior Manager of Logistics in the telecom industry. Mr. Hickman is an innovative leader with the exceptional ability to analyze and convert high-level corporate strategies into successful, actionable plans.  In doing so, Mr. Hickman, among many successful assignments and ventures, has custom designed IT Systems, IT platforms and web-based landing pages for cloud-based learning, employee assessment and information analysis for both corporate and government clients across the United States.

Lodestone is pleased to have DeWayne Hickman serving in his role as Chief Information Technology Officer. 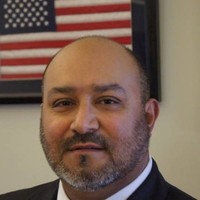 Alfonso Zárate has over 20 years working in the human resources field having worked with federal and local governments in various capacities. He has served as an Investigator with the US Department of Labor and most recently provided diversity and employee relations training for several municipalities.

Mr. Zárate worked for the U.S. Department of Labor as an Investigator in the Wage and Hour Division where he received the prestigious United States Secretary of Labor Exceptional Achievement Award on three occasions.

Mr. Zárate served two terms as a Mayoral political appointee where he served on the senior management team providing policy, guidance, and direction to the Mayor. This included interaction with governing body, leading cross-functional teams while managing Mayoral initiatives and serving as a subject matter expert for the Mayor’s initiatives and programs and developing message points in advancing of Mayoral strategic vision, initiatives, special programs and outcome tracking.

Mr. Zárate has worked as the Compliance Officer for an institution of higher learning, where his responsibilities included the alignment of human resources policies, procedures, and goals with the organization’s goals. He was responsible for the overall Compliance Program where he independently and objectively reviewed and evaluated compliance issues/concerns within the organization.

Mr. Zárate continues to provide consulting services to a variety of industries that include restaurants, health care, government and not for profits.

Lodestone Solutions Group is pleased to have Alfonso ZÁRATE on our Worthy Leadership Training Team!